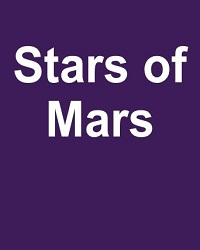 Stars of Mars is a new musical comedy set inside the first human colony on Mars, about a mother and daughter who are worlds apart. When Heather, the first human born on Mars, begins to ask questions about where she’s from, the astronauts and scientists decide to put on a show about the Earth they’ve all left behind. The Stars of Mars is about family, the future, our precious planet, and the rocket science required to put on a show in space.